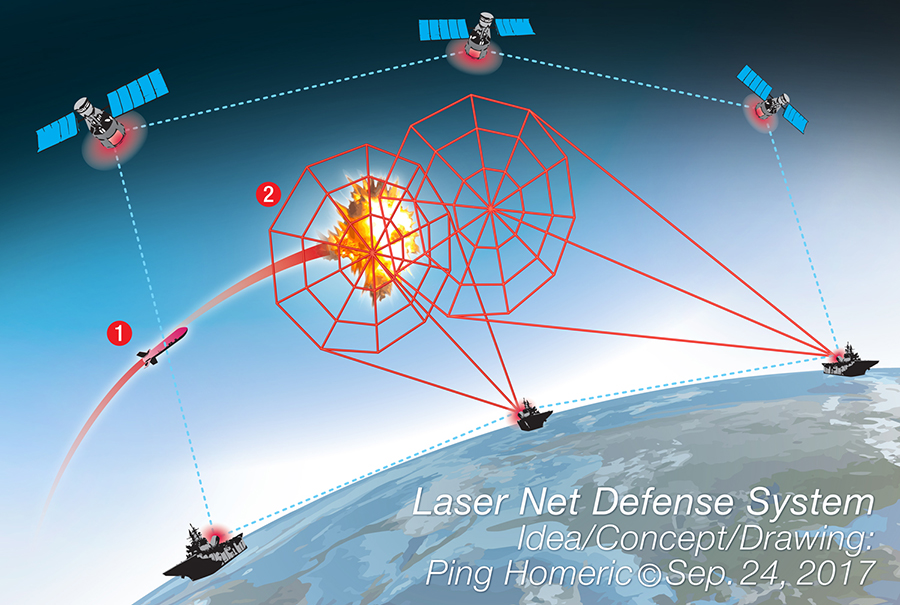 If war against North Korea is inevitable, with the defense system we have (using a missile to strike a missile) might not be effective enough since timing and accuracy is in high-stakes. Laser defense system is still under development with similar concept, using a pointy laser to strike down an incoming missile, this also needs a high precision technology to do its job.

My idea/concept, is it possible to develop a more advanced laser defense system which can deploy a “net-like formation” to stop one missile strike or more at once? This broader “net” might be able to do a better job than a pointy laser beam. Above, is a self-explanatory drawing:

This is just my two cents (Note: I’m Not a weaponry/laser expert). Anyway, PEACE may still be our best defense.